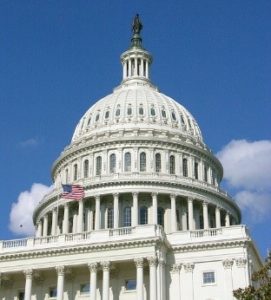 On Friday, September 30, President Biden signed a Continuing Resolution (CR), passed by both the House and Senate, avoiding a last-minute government shutdown. The CR is set to expire on December 16, at which point Congress will have to negotiate another funding measure to fund the government through FY23. The CR contains funding anomalies and authorization extensions, including the National Flood Insurance Program (NFIP), Food and Drug Administration (FDA) User Fees, and the Livestock Mandatory Reporting (LMR) program.

On Tuesday, September 27, the Senate Committee on Agriculture, Nutrition, and Forestry voted to advance key USDA nominees, including the nominee for Under Secretary for Trade and Foreign Agricultural Affairs, Alexis Taylor. Taylor currently serves as the Director of the Oregon Department of Agriculture, where she oversees agricultural policy directives. Other nominations that advanced out of the Committee included the nominee to be USDA’s Under Secretary for Food Safety, Jose Esteban, and the nominee to be a member of the Farm Credit Administration board, Vincent Logan. The nominations will now move to the Senate floor for full consideration.

This past week, it was reported that Sen. Bob Menendez (D-NJ) is blocking the confirmation of Doug McKalip to be Chief Ag Negotiator within the Office of the United States Trade Representative (USTR). Thus far, McKalip has faced few hurdles to his nomination process and has enjoyed bipartisan support for a quick confirmation process. Sen. Menendez’s reasoning for holding up the nomination is to receive assurances from USTR on providing greater oversight and transparency of U.S. trade policy.

USDA has announced two new proposals to support competitive meat and poultry markets as part of the USDA’s role in the President’s Competition Council. These efforts include publishing the proposed Inclusive Competition and Market Integrity Rules under the Packers and Stockyards (P&S) Act and a new $15 million Agricultural Competition Challenge to increase collaboration with the State Attorneys General on enforcing competitive laws.