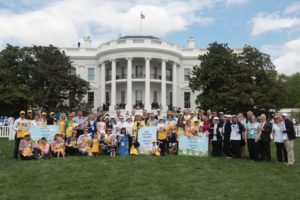 Prior to the event, several egg farmer profiles were featured on incredibleegg.org. and national and regional media covered the Easter Egg Roll and associated events.