The final Waters of the United States (WOTUS) rule was formally published in the Federal Register on April 21, almost three months after it was submitted for publication. The rule will take effect on June 22. This new final rule is a major milestone in a long process initiated three years ago by the Trump Administration. 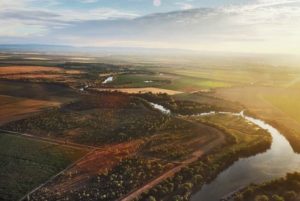 In February 2017, the president issued an Executive Order directing EPA and the Army Corps of Engineers to withdraw the 2015 WOTUS rule issued by the previous Administration and replace it with a new rule. These agencies were directed to create a rule that meets the objectives of the Clean Water Act, including respecting the role that Congress intended for the states to play in implementing the Act, conforms to Supreme Court decisions on this matter, and provides greater certainty and clarity to the regulated community.  UEP is reviewing this final rule to determine how closely it adheres to the version sent for publication three months ago and otherwise conforms with the objectives under the Executive Order. Our preliminary findings indicate that the new rule does in fact meet these objectives and that it is on firm legal ground. Even so, without question, environmental groups will soon be challenging this rulemaking in federal court.