Several Bills Before Congress This Fall 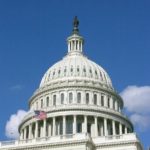 Economies Protection Act (Cunningham), HR 1146 - Arctic Cultural and Coastal Plain Protection Act (Huffman).  Additionally, three gun bills are expected to be marked up in the Judiciary Committee next week and head to the floor late September.