With great sadness, United Egg Producers (UEP) announces the death of Gene Gregory, former President and CEO. Gregory was a leader in the egg industry for over 50 years and will be greatly missed.

He began his career in the 1950s, working for Corn Belt Hatcheries in Gibson City, IL  Serving in various roles with increasing responsibilities, he eventually was named vice president and general manager. 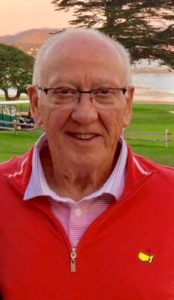 n 1970, Gregory began serving on committees for the Midwest UEP and eventually chaired the Producer Committee for Animal Welfare. In 1982, Gregory resigned from his position and took on the role of membership recruiter for Midwest UEP.  In ten years, Midwest UEP grew its membership from representing 20 million birds in egg production to 80 million birds.

In 1992, Gregory was tapped by UEP President Al Pope to work for the organization as its senior vice-president in Atlanta. In 2007, Gregory was appointed UEP president and CEO.

During his tenure with UEP, Gregory worked closely with UEP’s farmer-members and was instrumental in unifying egg producers and addressing relevant industry issues, including animal welfare and food safety. The organization’s accomplishments during Gregory’s time with UEP include:

Gregory passed away on December 3, surrounded by family members. He is survived by his wife, Linda and children, Jill (Brad) Roberts, and Chad (Amy) Gregory, four grandchildren, and many other loving family members. A memorial service will be held in Gibson City, IL, in early 2021. In lieu of flowers, the family asks that donations be made to the First Baptist Church of Gibson City, 628 South Church Street, Gibson City, IL 60936.