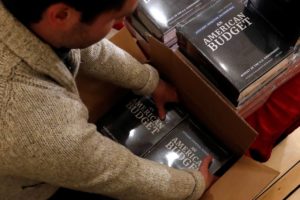 The budget proposal requests $19.2 billion in funding for the Department of Agriculture, a $3.5 billion cut from estimated 2018 levels. Cuts include limiting eligibility for agricultural commodity payments and crop insurance eligibility to $500,000 AGI, limiting crop insurance premium subsidies, and imposing budgetary caps on crop insurance companies’ underwriting gains. The budget also cuts $136 million in funding for conservation programs and $17 billion in funds available to the Supplemental Nutrition Assistance Program (SNAP). Other proposed changes include eliminating the Rural Economic Development Loan and Grant Program and discontinuing the Food for Progress aid program

House Agriculture Committee Chairman Michael Conaway and Senate Agriculture Committee Chairman Pat Roberts issued a joint statement: “As Chairmen of the Agriculture Committees, the task at hand is to produce a Farm Bill for the benefit of our farmers, ranchers, consumers and other stakeholders. This budget, as with every other president’s budget before, will not prevent us from doing that job. We are committed to maintaining a strong safety net for agricultural producers during these times of low prices and uncertain markets and continuing to improve our nation’s nutrition programs.  Click here to view the proposed budget. 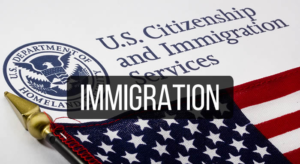 On Thursday afternoon, the Senate voted down all four immigration proposals considered by failing to reach the 60-vote cloture threshold on any of the measures, leaving the chamber at a loss on how to proceed on the high-profile issue with a looming March 5 deadline.  Specifically, Senators failed to muster enough votes for a Republican plan backed by Trump that would have granted legal status to 1.8 million young immigrants and authorized the spending of at least $25 billion to bolster the U.S./Mexico border, changed family-based legal migration programs and ended a diversity lottery system used by immigrants from smaller countries. Also rejected was immigration legislation crafted by centrists in both parties after President Trump threatened to veto the bill if it made it to his desk. In a 54-45 vote, the Senate failed to advance the legislation from eight Republican, seven Democratic and one Independent senators.  Two additional amendments were rejected; the first, a bipartisan proposal from Sens. Christopher Coons and John McCain, fell in a 52-47 vote. The second measure, which would have cracked down on cities that don't comply with federal immigration laws, also fell in a 55-44 vote.

Meanwhile, the House GOP took a different approach from the Senate. House Majority Whip Steve Scalise said Wednesday that leaders are checking members' support for a hardline measure authored by Judiciary Committee Chairman Bob Goodlatte. It would crack down on so-called sanctuary cities and end immigration of extended family members, among other provisions. Ultimately, while the bill has the support of more than 150 members of the conference, an official GOP whip count Wednesday showed that there are not yet 218, the number needed for floor passage, ready to commit to voting "yes."