President Joe Biden has nominated Michael Regan as the next administrator of the Environmental Protection Agency (EPA). He is currently the Secretary of the North Carolina Department of Environmental Quality (NC-DEQ). 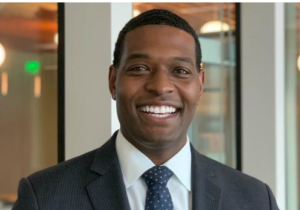 his track record as the head of NC-DEQ.  He is viewed as someone who works hard to bring together stakeholders from multiple viewpoints, listens to what the facts and science say about problems and solutions, and is not afraid to make decisions based on relevant information and analysis.

While not all of his decisions were supported by NC agriculture, Regan made some important decisions that benefited the farm community.

Regan worked for ten years under the Clinton and Bush Administrations at EPA on air quality and energy programs, including serving as the national program manager responsible for programs reducing pollution, improving energy efficiency and air quality, and addressing climate-related challenges.  UEP has joined with several other national agriculture organizations, including the National Pork Producers Council and the American Farm Bureau Federation, in recommending to the Senate that Mr. Regan be confirmed.