Biden’s climate executive order – what does it mean for egg producers?

Egg producers have a small climate footprint, which has decreased in the last several decades though egg production has increased. The feed used to raise birds and produce eggs is the single largest contributor to eggs’ climate footprint. Lower hen and pullet mortality and greater feed use efficiencies have substantially reduced eggs’ greenhouse gas emissions and keep emissions low.

Even so, the Biden Administration's climate change executive actions, and the real possibility of climate legislation from Congress, will be important to egg producers.  While no regulatory measures are being 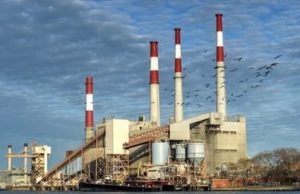 discussed that mandate changes be made in energy used by agriculture,  it is clear that Biden intends to promote serious financial investments for ramping up "clean energy's" share of the total energy produced, even in rural areas. He proposes using union labor to build and maintain the infrastructure necessary to achieve this goal.

Many other measures were included in President Biden's Executive Order on Tackling the Climate Crisis at Home and Abroad, issued on January 27. What these will mean in practice and how extensive their reach remains to be seen. An increased emphasis on biofuels is expected. Vilsack, during his Senate confirmation hearing, said, "I do believe we are on the cusp of a series of new market opportunities that will provide greater resilience in the system, more income opportunities for farmers, doing right by the environment and creating more jobs."