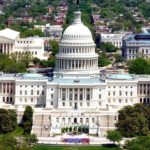 On March 23, President Trump signed the 2018 Omnibus Appropriations bill into law.   The FARM (Fair Agricultural Reporting Measures) Act was included in the $1.3 trillion bipartisan 2018 Omnibus Appropriations package agreed to by House and Senate leaders and the Trump Administration.  The legislation reverses a federal circuit court ruling from last year and limits the circumstances in which farms would need to report air emissions from poultry and livestock operations under the Comprehensive Environmental Response, Compensation, and Liability Act (CERCLA).  Producers who may have already submitted a verbal (or email) report to the National Response Center, but not the follow-up written report to U.S. EPA, are free not to take that latter action.

Getting the CERCLA amendment into the must-pass Omnibus package is quite an accomplishment, resulting from the combined efforts of UEP and other animal agriculture groups. The FARM Act, and its counterpart in the House were true bipartisan measures with 15 or more Democrats as original co-sponsors in both chambers.  While it should not be so hard to get such a common-sense measure fixed, animal agriculture has been actively struggling with the CERCLA requirement for almost 20 years.

Animal agriculture can take great pride in getting this amendment passed into law.   Thank you to several egg producers in key states that reached out to Congress.  UEP members efforts were instrumental to this success. Special thanks to Senators Fischer and Donnelly, who led this FARM Act effort in the Senate, and Representatives Long and Costa, who did the same for the ACRE Act in the House. Without their leadership, this would not have happened.