Climate change will be a top initiative in 2021

The “Climate Change” policy field has suddenly become very crowded and very visible, and agriculture is actively contributing to the discussions. President-Elect Biden made climate change efforts a major pillar of his campaign and promised to take action on day one of his Administration. Last week the Climate 21 Project, a team of 150 Obama-era appointees and climate professionals, sent the Biden transition team a blueprint for climate action. This week the Food and Agriculture Climate Alliance (FACA), which includes three major agricultural organizations, a major forestry group, and two major environmental groups, released policy recommendations in six areas “breaking through historical barriers” and offering a way forward that recognizes that “farmers, ranchers and foresters are on the frontlines of climate impacts and part of climate solutions.” 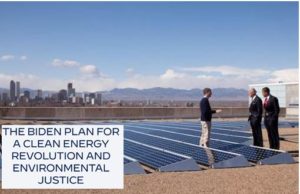 Biden’s plan opens with “climate change poses an existential threat to…our health, our communities, our national security, and our economic well-being” and that “the United States urgently needs to embrace greater ambition on an epic scale to meet the scope of this challenge.” He proposes that the U.S. achieve “a 100% clean energy economy and net-zero emissions no later than 2050” by investing heavily in U.S. infrastructure and technology. Biden seeks to “reinvigorate our manufacturing and create high-quality, middle-class jobs in cities and towns across the United States” and to make America “the world’s clean energy superpower.”  How much of this the Biden administration would be able to pursue depends, in part, on the willingness of Congress to embrace these efforts. This is an open question with two runoff races in January that will determine which party has the Senate majority.

Yet even without new legislation, the Biden administration can undertake numerous substantive climate initiatives on its own. The Climate 21 Project’s extensive “transition memo” was prepared by numerous people with broad government experience, including nine former cabinet appointees. The blueprint provides recommendations for “a rapid-start, whole-of-government climate response coordinated by the White House and accountable to the President.” Many of the “150 experts” are also part of Biden’s Agency Review Teams that will lead his transition into the Executive Office. The Climate 21 Project “blueprint” offers recommendations for actions that the Biden Administration could take on day one and after, with specifics applicable to the major federal agencies, including EPA, USDA and the Department of Energy.

While the blueprint is long on process and organizational matters, there are also some substantive policies offered.  Among Climate 21’s many proposals is the creation of a “carbon bank” which the organization believes can be implemented in the first 100 days without new legislation. The carbon bank” would use USDA’s Commodity Credit Corporation (CCC) to finance large-scale investments in climate smart land management practices and “natural infrastructure.”

Interestingly, the Food and Agriculture Climate Alliance (FACA), which includes the American Farm Bureau Federation, the National Council of Farmer Cooperatives, and the National Farmers Union, also supports the creation of a CCC-based carbon bank. But the FACA believes that new legislative authority is required in order for the CCC to do this. This and dozens of other FACA proposals are grounded in three foundational guidelines: (1) use of voluntary, market and incentive-based policies, (2) advance science-based outcomes, and (3) promote resilience and help rural economies better adapt to climate change. FACA also emphasizes that it developed recommendations “with the overarching goal to do no harm. By that, we mean any policies put forth to address climate concerns must be thoughtfully crafted, informed by their broader potential consequences and tradeoffs, and account for inequities.”

UEP will be offering a webinar in December for UEP members on the evolving climate policies and initiatives and the outlook for action and change at USDA and in Congress.