In the wake of an unfavorable court ruling, the Environmental Protection Agency is considering a halt to most small refinery waivers, which exempt facilities from ethanol mandates, according to press reports.

A recent 10th Circuit U.S. Court of Appeals’ decision invalidated three of the exemptions for refineries in Oklahoma and Wyoming. Waivers effectively reduce the total amount of ethanol required to be blended into 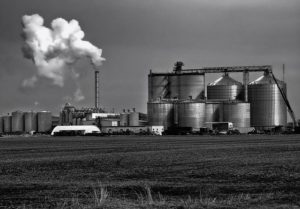 motor fuels. For that reason, the ethanol industry and corn growers generally oppose waivers, while the petroleum industry favors them.

Some press reports indicate EPA may largely stop issuing waivers. While the 10th Circuit ruling does not apply to all states, a similar case will be heard this spring in the D.C. Circuit, and a ruling there could be nationwide.

Reportedly, EPA might try to offset the impact of fewer waivers by capping the price of Renewable Identification Numbers (RIN), which have spiked since the 10th Circuit decision. There is a direct relationship between waivers and RINs: Surplus RINs are bought and sold in the market, and refineries that do not generate sufficient RINs through fuel blending can buy RINs to meet their legal obligations. Fewer waivers would mean more demand for RINs and therefore a higher price.

EPA Administrator Andrew Wheeler told a Congressional panel that his agency would soon make an announcement that would “quell the RIN markets.”