EPA published "Development of Emissions Estimating Methodologies for Egg-laying Houses and Manure Sheds," and a "Fact Sheet" with background information. The data EPA used for this report was collected between 2007 and 2010 under the National Air Emissions Monitoring Study. The draft models rely on data that is readily available to producers. 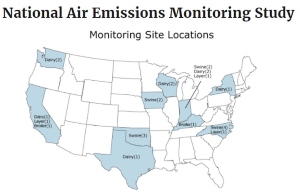 EPA notes that the models "do not reflect all site-specific management factors that affect emissions" and that they "are not intended to compare the impacts of adopting various best management practices or quantify the emission reductions that could be achieved by changing those practices."

The layer report, along with meat birds and swine reports released last August, is not yet part of any formal public commenting process.  That will occur once all of the "draft" reports are completed, which is expected in March 2022 when the dairy draft report is scheduled to be released.

The emissions models for all species may be finalized in 2022, but this could extend to 2023. One of UEP's top concerns with the layer emissions models is they were developed from data for high rise and traditional manure belt houses. EPA has no comparable model under development for modern cage-free layer houses, which are rapidly becoming the industry standard for a majority of laying hens.

UEP will work with the Environment Committee, Egg Industry Center and other researchers and experts to understand these models and prepare for the comment period.