Controversy continues to swirl around waivers granted by the Environmental Protection Agency that exempt some small refineries from meeting biofuel requirements. Corn farmers and ethanol companies oppose the so-called “small refinery waivers” because they have the effect of reducing total ethanol requirements in the fuel supply. 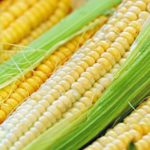 The administration is reportedly considering setting limits on the number of waivers, as well as adding past waiver amounts back into the Renewable Fuel Standard (RFS) mandates in future years. That could have the effect of increasing the use of ethanol and perhaps biodiesel, depending on how any additions were structured.

No announcement has been made by the administration yet. The petroleum industry has reacted angrily to the idea that waiver amounts could increase future obligations for refineries that did not receive the waivers. As with most issues in the RFS, litigation appears to be a possibility.