Dynamic speakers, informative panels, sustainability and cage-free transition updates are on the schedule for the AEB UEP Joint General Session on Wednesday, October 12.

Thomas J. Vilsack was confirmed as USDA secretary in February of 2021, after serving in the same role for eight years under President Barack Obama. Under his leadership, the USDA is spearheading a food system transformation by creating a better, fairer market and ensuring Americans have consistent access to safe, healthy, and affordable food. The USDA is also taking action to strengthen rural communities and respond to climate change with incentive-based solutions.

Michael Regan previously served in several leadership roles as the Secretary of the North Carolina Department of Environmental Quality (DEQ), Associate Vice President of U.S. Climate and Energy, and Southeast Regional Director of the Environmental Defense Fund. He was confirmed as the EPA Administrator in 2021 with the support of national and state agricultural organizations that had a good working relationship with him as the head of North Carolina’s DEQ. 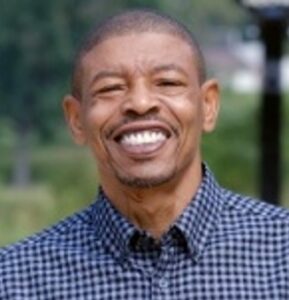 Former Charlotte Hornet Muggsy Bogues, the shortest player to play in the NBA, will inspire by sharing his journey from inner-city Baltimore to a pro basketball player. Bogues helped lead the Hornets to their first appearance in the NBA playoffs and retired, ranking at number 16 among all-time assist leaders. Since leaving the NBA, Bogues works with his nonprofit Always Believe, Inc, assisting thousands of youth by focusing on athletics, leadership and character building.

David Wasserman is responsible for analyzing U.S. House Races with Amy Walters for the Cook Political Report. He is recognized as one of the nation's top election forecasters and has been cited in numerous leading publications, including The New York Times and The Washington Post. Wasserman has been an analyst for the NBC News Election Night Decision Desk since 2008 and will present his “Retail Theory of American Politics” at the conference.