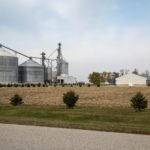 The House Agriculture Committee’s markup of the 2018 Farm Bill has been delayed until after Congress’s Easter recess.  Republicans and Democrats on the normally bipartisan panel are at odds over potential cuts in the Supplemental Nutrition Assistance Program.  Committee Democrats are demanding to see the bill’s text and related documents, saying that all of them, except Ranking Member Collin Peterson (D-MN), have been excluded from writing the bill.

Also, this week, Sen. Charles Grassley (R-IA) predicted a more bipartisan process in the Senate and told reporters that the Senate Agriculture Committee might unveil its version of the Farm Bill during April.

Neither bill is expected to make radical changes in farm programs, though some adjustments are likely.  Earlier Congressional action to modify programs for cotton and dairy producers had the effect of making additional funds available to write the Farm Bill, but some observers think it also diminished the urgency of completing a bill this year.

No date has been formally set for a markup in either the House or the Senate, but substantial work on writing a new bill has been done in both chambers’ agriculture committees.  The current Farm Bill begins to expire at the end of September, but most programs do not come to an end at that point.  In the past, Congress has extended farm bill provisions if they are unable to finish a new bill on time.