On March 27, Northern District of Iowa Federal District Court found in favor of an Iowa pork producer and against one of the farm’s neighbors. The 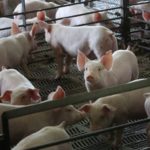 neighbor sued the producer in 2018, alleging that the producer had been misapplying hog manure under the Clean Water Act (CWA) and the Resource Conservation and Recovery Act (RCRA).

The outcome of this suit is particularly welcome given the highly elevated risk of litigation against animal agriculture’s use of manure ever since a 2015 federal court decision in Washington state.  That court found, in the “Cow Palace” case, that three large dairy operations’ manure storage, management and use programs had polluted human drinking water supplies and were in violation of RCRA; large penalties were assessed on the dairies.  Similar suits have been expected in other parts of the country, and the Iowa suit was similar.

The court in the “Cow Palace” agreed with the evidence provided that the dairies’ manure management program did not meet the applicable standards.  But in last month’s Iowa decision, the court could not detect any “pattern of ongoing violations” or “evidence that any increased level of nitrates correlates to once or twice-yearly manure application.” This decision reinforces the importance of having a sound manure management program that meets the standards set under state and federal law.