LPAI found in Missouri and HPAI on the rise across Europe

USDA confirmed on November 7 the presence of H5 low pathogenicity avian influenza (LPAI) in a backyard duck layer flock in Webster County, MO. Control measures and surveillance have been put in place, and the World Organization for Animal Health has been notified as it is a reportable LPAI. 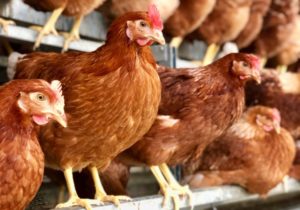 Fall has brought on the emergence of highly pathogenic avian influenza (H5N8) detections across Europe. This week, England announced two detections of the virus. Earlier in the month, LPAI was also found in England.

The UK is not alone in the detection of the virus. Additional cases have recently been found in Germany, Denmark, and France. Dutch government officials announced that a broiler-breeder farm near Arnhem had tested positive for H5N8 and that nearly 36,000 birds would be culled.

Vets have also found the strain in dead wild birds in four Dutch provinces, suggesting that it is endemic in the wild bird population. The detections range from breeder flocks to exhibition birds kept in sanctuaries. Countries are imposing additional restrictions on movement and biosecurity requirements to control the spread of the disease.