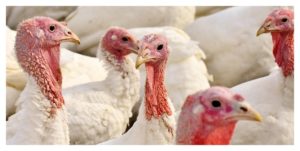 The Minnesota Board of Animal Health (MBAH) has reported several new cases of H5N2 low pathogenicity avian influenza (LPAI) in commercial turkey flocks in Sterns and Kandiyohi Counties, bringing the total to six cases since October 19.

The four flocks in Sterns County were detected between October 30 and November 3 and involve flocks between the ages of two weeks and 17 weeks.  The two flocks in Kandiyohi County were detected on October 19 and November 2 and involve birds between the ages of 13 and 16 weeks.   All flocks have been quarantined and are being monitored for signs of infection. Controlled marketing is planned once the flocks test negative for the virus.

H5N2 LPAI does not pose a risk to public health, and there are no food safety concerns for consumers according to the MBAH posting.   UEP reminds producers to be extremely vigilant implementing biosecurity procedures and protocols.