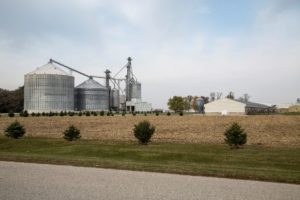 Congress included the Fair Agricultural Reporting Method (FARM) Act in this spring’s Omnibus 2018 Appropriations bill to change CERCLA* to exclude manure’s air emissions from the Act’s federal reporting requirements.  In a surprise development, the U.S. Environmental Protection Agency (EPA) has concluded that the FARM Act extends beyond CERCLA to include EPCRA* reporting.

The EPA issued updated CERCLA-EPCRA guidance on April 30, clarifying that emissions from manure has been excluded from reporting under both CERCLA and EPCRA.  The EPA reviewed the 30-year record of CERCLA and EPCRA, and the EPCRA statutory language.

The guidance states, “Because air emissions from animal waste do not ‘occur in a manner’ which would require notification under CERCLA, they do not meet the requirement under (c). As a result, the three requirements to trigger reporting under EPCRA section 304(a)(2) are not met and these releases do not need to be reported.”   Information about the EPA’s reasoning behind this finding can be found here.

The EPCRA exclusion had not been UEP’s understanding heading into the FARM Act deliberations.   Preliminary reading of the EPA’s interpretation of the statutory language indicates the EPA’s reading of the statute is correct.  UEP expects this interpretation to be subject to litigation soon.  The EPA plans to do a CERCLA-EPCRA rulemaking to further codify the findings from this guidance.