The U.S. EPA and U.S. Army Corps of Engineers sent the long-awaited proposed rule defining what are  Waters of the U.S. (WOTUS), subject to federal jurisdiction under the Clean Water Act, to the Federal Register this week.  This rule would replace the 2015 WOTUS rule that was issued by the Obama Administration and has been subject to multiple lawsuits. 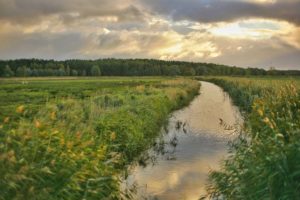 One of the first official regulatory actions taken by the Trump Administration was to direct the agencies through an Executive Order (E.O.) to repeal the 2015 WOTUS rule.  Goals for the new rule included to properly limit the scope of jurisdiction in light of recent Supreme Court decisions and to make it simpler and easier for the regulated community (including farmers) to understand and follow without having to hire outside consultants or lawyers.  The proposed rule, which should be published in the Federal Register in a few weeks, accomplishes the goals set out by the E.O.

EPA and Army Corps leadership signed the proposal in a ceremony attended by approximately 180 people at EPA Headquarters on December 11.

UEP will provide members with a detailed summary of the proposed WOTUS rule, but it includes:

The rule also provides a long list of types of features which are excluded by name, including prior converted cropland, ephemeral features (swales, waterways, gullies, rills) and artificially irrigated areas.

UEP issued a statement welcoming the rule.  Once published in the Federal Register, the public will have 60 days to comment.  UEP will be submitting comments in coordination with other agricultural organizations.