No Shutdown Resolution in Sight 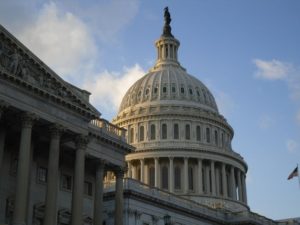 Last week the House passed a Democratic-backed disaster relief bill. The legislation includes funding for the remaining appropriations bills, including $12.1 billion in disaster relief for those affected by the 2018 natural disasters, $3 billion of which is designated for agricultural disaster aid.

In response to President Trump’s offer over the weekend, Senate Majority Leader Mitch McConnell announced plans to amend the House-passed spending bill to include $12.7 billion for border security with $5.7 billion for the border wall, additional immigration measures, and the seven remaining appropriations bills. This bill also includes $3 billion to cover losses related to natural disasters for U.S. farmers. The Senate will vote on the comprehensive spending bill this week. House Democrats may also attempt to release a more expansive spending bill that would include a border security plan as well as updated Homeland Security funding, while excluding money for the border wall.

The President remains adamant about funding a border wall, and Speaker Pelosi won’t relent in her opposition.   Neither appear ready to concede.