An article published on May 18 in the Proceedings of the National Academy of Sciences (PNAS) titled “Air quality-related health damages of food” concluded that air emissions from agricultural operations lead to thousands of U.S. deaths each year, 600 of which could be attributed to layers.

Each year, the PNAS publishes more than 3,200 original research articles from the biological, physical, and social sciences. This study was conducted by scientists from the University of Minnesota, Oxford University 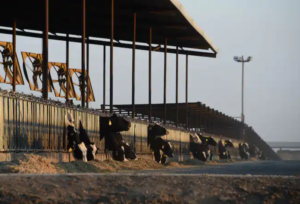 and several other institutions and received significant news coverage. Researchers claim that food production and the associated life-cycle activities lead to 17,900 deaths by increasing atmospheric fine particulate matter (PM2.5) and other air pollutants. (In general, human health and air scientists estimate that air pollution from all sources leads to about 100,000 of the approximately 3 million U.S. deaths each year).

Of the total agriculture-related deaths, the study claims 15,900 are directly attributable to food production and 12,700 specifically to animal agriculture (4,000 to beef, 3,300 to swine, 1,800 to dairy, 1,300 to broilers, 600 to layer hens).  The paper promotes interventions like improved manure management, fertilizer and field practices; as well as dietary shifts toward more plant-based foods.

The study's premise is that ammonia forms of PM2.5 have the same detrimental health effects as other forms of PM2.5. Air scientists often categorize all forms of PM2.5 together in their analysis.  UEP and other animal agriculture groups have long challenged this assumption, citing inhalation and toxicity studies that showed no human health effects from various ammonia forms of PM2.5. UEP is working with the other animal agriculture groups to explore how to substantively respond to this research report, as it is expected to play a role in future public policy debates.