The Supreme Court of the United States (SCOTUS) has declined to hear arguments against state laws setting production animal welfare standards.  This was the expected outcome after the Department of Justice (DOJ) recommended the high court reject a petition to present to the Supreme Court.  The SCOTUS declined to hear three challenges, includes two requests challenging California and Massachusetts laws that impact hen confinement for both production and products sold within those states. 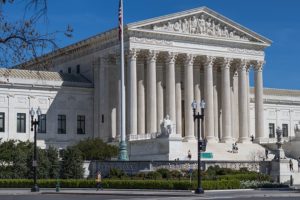 The challenges against the egg laws were brought by 12 states, with Missouri and Indiana taking the lead.  The California law requires that all eggs sold in the state adhere to Proposition 2 standards.  The DOJ argued the issue should not be taken up by the Supreme Court and instead should be worked through the lower courts.  In the briefing, the DOJ also argued the federal Egg Products and Inspection Act (EPAI) is not preempted because the Act has no standards that address confinement of the hens.  The DOJ also questioned if the states can demonstrate standing, arguing their case “depends on speculation about numerous decisions of third-parties in the marketplace.”

It is believed this decision largely leaves states unable to challenge the laws; instead the issue will likely be left to egg producers to make their case in district courts.  This was the third challenge to the California law.  In 2016 the Ninth Circuit Court of Appeals ruled the states challenging the law lacked standing.  The new lawsuit asked the Supreme Court to hear the case directly and included economic analysis, which the plaintiffs claim shows harm to consumers and state institutions.  For additional information see “US Supreme Court Declines Involvement in State Egg Law Cases,” published by The New York Times.