Two recent decisions, one by the 9th Circuit Court of Appeals and the other by EPA, highlight how the Clean Water Act’s (CWA) regulatory measures for Concentrated Animal Feeding Operations (CAFOs) are subject to changes. These decisions could cause problems for livestock and poultry operations, including egg producers. 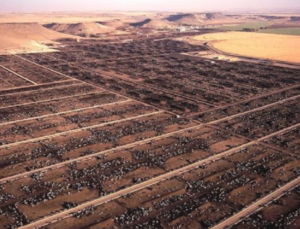 On September 16, the 9th Circuit issued a decision finding the EPA’s National Pollutant Discharge Elimination System (NPDES) permit for Idaho CAFOs unlawful  because it does not include “monitoring provisions for underground discharges from production areas.” The Court noted that “The failure of the Permit to require such monitoring is striking,” given EPA’s conclusion in the 2003 CAFO Rule that such monitoring requirements are best left to conditions in a state or locality, and the known problems of nitrate contamination of groundwater in the state. UEP is examining this decision and working with others in animal agriculture to determine its next steps in this matter.

On September 15, EPA issued a memorandum rescinding its January 2021 guidance regarding how it would interpret the Supreme Court’s decision in the Maui Case. While the CWA is generally recognized as not regulating the discharge of pollutants to groundwater through permits, in April 2020, the Supreme Court found in the Maui case that NPDES permit requirements would apply “if the addition of the pollutants through groundwater is the functional equivalent of a direct discharge from the point source into navigable waters.”  Environmentalists viewed EPA’s January 2021 guidance implementing that decision as narrowing the application of the Supreme Court’s “functional equivalency” tests.

EPA’s stated reason for the recission was that the January 2021 guidance was not “consistent with the Clean Water Act or the Supreme Court decision” in the Maui case, and it had failed to properly develop the guidance through internal deliberations and consultation with stakeholders. EPA has not decided the form of new guidance, but noted that the Supreme Court decision was explicit enough to serve as sound direction in this interim period.

In related news, EPA Administrator Michael Regan says the agency is working as expeditiously as possible on the rulemaking process and “WOTUS rewrite coming by November,” from Feedstuffs.