On July 15, the Senate Committee on Agriculture, Nutrition & Forestry held a hearing for the nomination of Jennifer Moffitt to serve as Under Secretary of Agriculture for Marketing and Regulatory Programs within 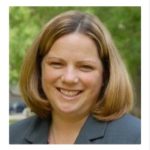 the USDA. Through this position, those nominated and confirmed supervise operations of the Animal and Plant Health Inspection Service (APHIS), the Agricultural Marketing Service, and the Grain Inspection, Packers, and Stockyards Administration. Nominated by President Biden in April, Moffitt previously served as the Under Secretary at the California Department of Food and Agriculture. Previously, she worked as the Managing Director at Dixon Ridge Farms, her family’s organic walnut farm.

During the hearing, many members of the Committee focused their discussion on the prevention and treatment of animal diseases and pests. Chairwoman Debbie Stabenow (D-MI) asked Moffitt to explain how she intends to help producers address particular bugs and animal diseases.  Moffitt responded that she plans to continue to utilize the science and research of the Animal and Plant Health Inspection Service to proactively address such issues and ensure early monitoring. Sen. Amy Klobuchar (D-MN) discussed her work with Sen. John Cornyn (R-TX) to provide funding to protect against animal diseases. She asked Moffitt to elaborate her plans for implementing and improving animal disease preparedness and policies at the USDA. Moffitt discussed a surveillance plan, emphasizing the importance of catching diseases early on and said that she plans to prioritize monitoring for early warning signs.

Ranking Member John Boozman (R-AR) was also concerned with the transmission of animal diseases highlighting the use of biotechnology as a tool to fight pests and disease. He discussed USDA’s  memorandum to modernize the definition of genetically engineered animals for agricultural purposes and asked if Moffitt would commit to continuing this effort. Moffitt stated that she looks forward to learning more about the rulemaking process and the science-based process in that evaluation.