A lawsuit has been filed by an animal activist group claiming that Wendy’s violates the District of Columbia’s general consumer protection law regarding cage-free eggs. A recent D.C. Court of Appeals ruling against 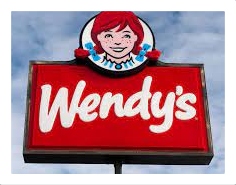 Hormel is predicted to increase the number of filings by Animal Activist groups, claiming companies are violating the D.C. Consumer Protection Act. This appears to be the first of such filings. This case was filed by a relatively unknown group, Food Animal Concerns Trust (FACT). Though FACT was founded in 1982, and generally promotes humane farming methods such as cage-free housing, lawsuits appear to be a relatively new tactic for the group.

The complaint alleges Wendy’s marketing materials “represent to consumers Wendy’s menu items are produced in accordance with high animal welfare standards,” but claims this is contrary to actual production practices, as the company primarily sources eggs from conventional housing. The complaint says, “[eggs are sourced] from facilities where hens are confined in cages. Among animal welfare standards for egg-laying hens, cages are ranked as the lowest and most inhumane.”

As described in a recent Watt article, Wendy’s sources 5% of its eggs from cage-free housing, meeting or exceeding their 2016 commitment for using cage-free eggs at the original restaurants that served breakfast in 2016.