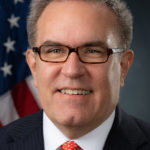 Andrew Wheeler has been appointed  Acting EPA Administrator following Scott Pruitt’s July 5 resignation.   Wheeler was confirmed by the Senate as Deputy Administrator in April and has been rumored for months as Pruitt’s replacement.  Trump has not formally nominated Wheeler for the Administrator position and he can serve in an acting capacity for 210 days.

Wheeler is expected to continue the regulatory and policy reform path that Pruitt has established but without the personal controversy.  Wheeler is originally from Ohio, and while decidedly low-key in his approach, is highly qualified with a strong background in environmental law, public policy, and federal government operations.

He worked at EPA under President George H.W. Bush and then worked with Senators Inhofe and Voinovich for 14 years, including six years as Inhofe's staff director and chief counsel for the Senate Environment and Public Works (EPW) Committee. Between leaving his EPW post and taking the Deputy Administrator position at EPA, Wheeler worked as a legal and policy advocate in the private sector.

While making the announcement, President Trump stated that Pruitt told him, though he believed in this Administration, he had become a serious distraction and felt it best to step down. 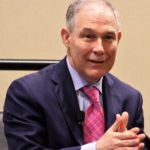 Scott Pruitt will be known as an Administrator that was focused on making permanent reforms to EPA policies and rules that many have long felt represented a significant overstepping of the proper federal role.  Previously EPA sought to enforce policies whose goals were unattainable and counterproductive.  Many, including UEP, found Pruitt to be a quick study, serious, engaged and committed to getting things done and done quickly. In his 16-month term as Administrator, he initiated practical efforts to make sensible changes at EPA, resulting in substantial accomplishments that will yield positive results for a long time.  Pruitt has been widely supported by the agricultural community as a result.

Pruitt resigned because of an endless stream of reports of controversial actions and decisions, not dealing with EPA policy, but involving personal matters that raised serious questions of ethics and propriety.

Wheeler has strong bipartisan support in the Senate and has already received confirmation for one EPA post.  Even so, his confirmation process will be controversial should he be nominated for the Administrator job; the Administration’s environmental policies guarantee it.