Progress continues to be made in D.C. by U.S. EPA to craft a new rule defining what is a Water of the United States (WOTUS) under the Clean Water Act. That said, there are many actions happening simultaneously that are not in coordination with each other, and even in direct conflict. Last month a federal District Court in South Carolina ruled in favor of an effort to stop one of the two related EPA efforts to delay implementation of the 2015 rule.  The court’s decision means the 2015 rule is in effect in 26 states, while it is not in effect in 24 other states due to a lawsuit applicable in those 24 states against the 2015 rule. Confused? You are in good company! 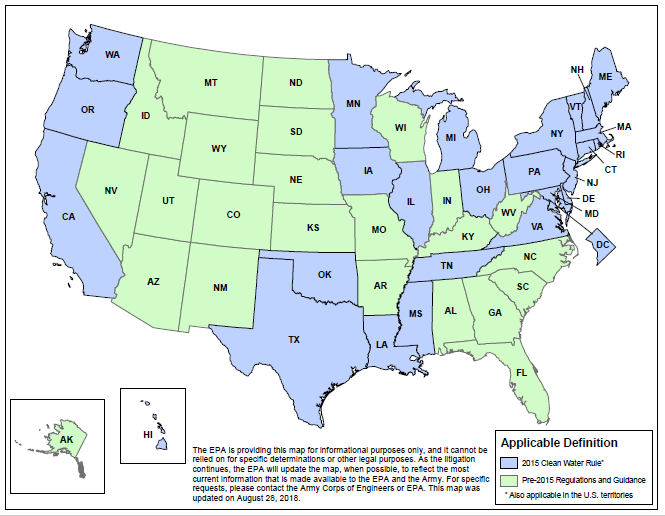 Here is an excerpt from US EPA’s recent statement on this situation:  “While the litigation continues, the agencies are complying with the district court’s order, and implementation issues that arise are being handled on a case-by-case basis. The agencies recognize the uncertainty this decision has created and are committed to working closely with states and stakeholders to provide updated information on an ongoing basis regarding which rules are in place in which states.”

Members dealing with a WOTUS matter can contact UEP staff for assistance.   UEP is part of the national ag effort to work on WOTUS and staff members will continue to monitor new developments.