On October 13, U.S. EPA and the Army Corps of Engineers announced plans to hold a series of WOTUS  roundtables, two in each of five regions across the country. The roundtables will be held in December and 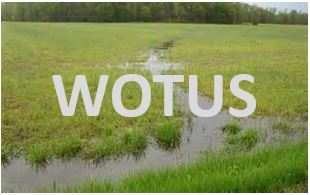 The agencies made a broad, public request for “interested parties” to propose slates of up to 15 stakeholders representing a diverse set of perspectives on what should or should not be WOTUS in their region. Submission of the proposed panels is due on November 3, and details can be viewed here.

While agricultural groups are actively exploring how to respond to this request and submit effective proposals for the five regions (Northeast, Midwest, Southeast, Southwest, West),  they have numerous questions that need answers before developing their submissions.  Given these questions, the difficulty of the task, and the short time frame, the groups, including UEP, are requesting an additional 30 days to submit proposals.