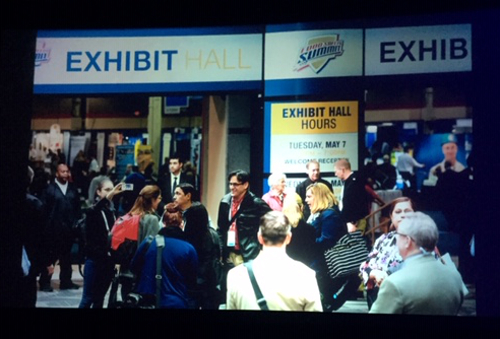 CHICAGO — Oscar Garrison, senior vice president of food safety regulatory affairs for United Egg Producers, is one of the speakers at this week’s Food Safety Summit who is ending the week as a “thought leader.”

Others are making that transition too, and Garrison provides a good example of how it’s done. Key tip: Become a panelist and repeat.

Garrison, who served as Georgia’s deputy commissioner of agriculture when Sonny Perdue was the state’s governor, was on consecutive panels Tuesday. The first was on how to manage a food safety crisis. It was followed by a “Back to the Basics” session.

When people are on such panels, they are up on the stage with other “thought leaders.” James Marsden, the former Kansas State University food science professor who just stepped down from running food safety for the Chipotle fast food chain; Lone Jespersen, the former Maple Leaf Foods executive; and Shawn Stevens, attorney for numerous food businesses, were among the other crisis speakers.

While those stories are always interesting, Garrison helped turn the discussion toward the anxiety the food industry has now that rapid improvement in science and technology are giving regulators the tools to detect food safety problems before the food industry even knows they exist.

Garrison pointed to last year’s Salmonella Braenderup outbreak of 45 illnesses in 10 states. He said Braenderup is an emerging Salmonella strain associated with birds. The Food and Drug Administration’s 2010 Egg Rule is especially directed at controlling Salmonella enteritis, a more familiar cause of human illnesses.

Instead of a curve of the onset of illnesses showing a sharp increase followed by a steep decline in outbreak cases, these new WGS-informed outbreak timelines often show just one or two cases a day over months and years. The Braenderup outbreak stretched out from Nov. 16, 2017, through May 13, 2018.

Yet, it was enough for Rose Acre Farms of Seymour, IN, to recall more than 206 million shell eggs because because of potential contamination with the Salmonella bacteria. It was the largest shell egg recall in the United States since 2010.

Stevens, who moderated the crisis panel, said improvements in detection will find there are more pathogens out there than people have allowed themselves to think about.

Next up, Garrison joined Hal King and Dane Bernard in the “Getting Back to the Basics” panel.

Garrison, King, Bernard, and Costco’s Craig Wilson presented a session designed to address some all-time food safety topics. Wilson was unable to appear because of a last-minute conflict, but the other three had so trouble making up the time.

At this session, Garrison addressed the top violations cited by the Food and Drug Administration (FDA) in Form 483 Inspection observation reports.
The most common violations are for the poultry industry are such basics as pest control and proper screening.

How a business responds to common violations raised by FDA inspectors will likely determine if a warning letter is also issued, Garrison said. He said the food business should use the space provided by the FDA on Form 483 to acknowledge the issue and promise to address it.

King, with Public Health Innovations, said his company consults with companies on food safety, but only with those who are serious about it. If they are not, he asked: “Why bother?”